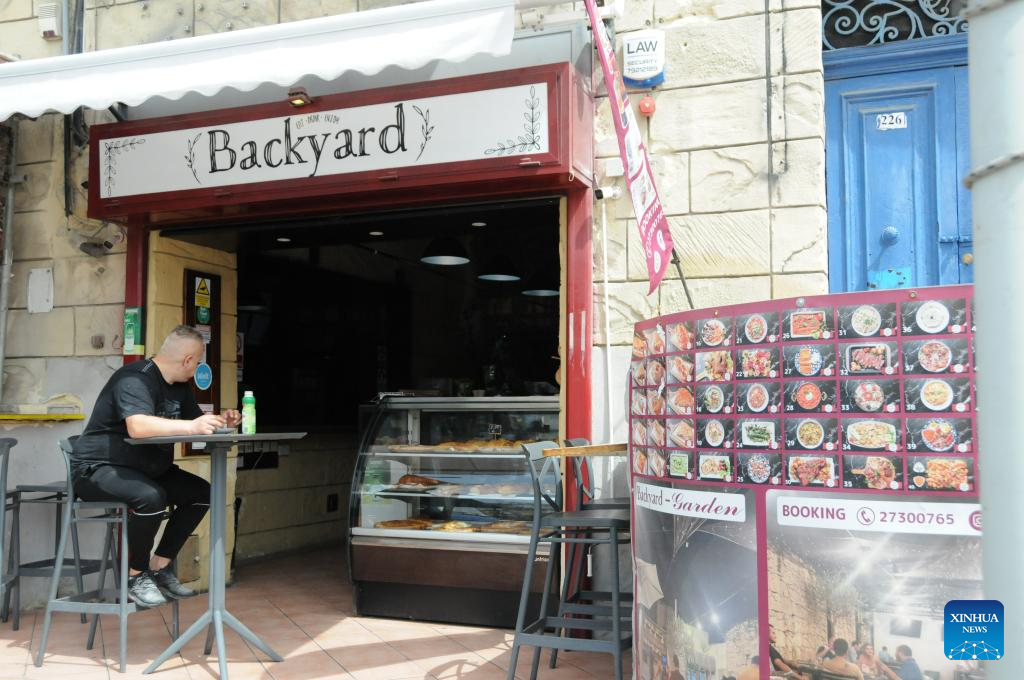 VALLETTA, May 6 (Xinhua) — Elaine Micallef, who runs a family bakery in Malta, could not fathom how much it would cost to make a loaf of bread if they had to pay the full market price for the imported wheat and grains without government subsidy.

For now at least, she can keep the price of her bread unchanged.

Micallef, 50, works at the Carmelo Micallef Bakery, which was named after her father and established in 1967 at Sliema, a resort town on the east coast of the Mediterranean island nation.

She is glad that her bakery, employing eight people, can keep the traditional Maltese bread affordable for her customers, Micallef told Xinhua.

The prices of a loaf of bread stayed between 0.75 euros (0.80 U.S. dollar) and 1.70 euros although the price of wheat on the island has risen by almost 30 percent since the conflict between Russia and Ukraine intensified.

Marlene Mamo, a 61-year-old who lives in the southern city of Senglea, told Xinhua that she was happy to see that the prices of bread have not changed.

In most of the country’s supermarkets and groceries, a 1-kg bag of flour costs around one euro, almost unchanged from the beginning of this year. However, the price of a 1-liter bottle of sunflower oil has risen from 1.5 euros to 3.8 euros.

Because the government absorbed the flour price hike, bread was lucky to enjoy stable prices, said a middle-aged regular customer, who preferred to remain anonymous, adding that he had to be more careful with his spending and refrain from „extravagant” expenses in restaurants and bars.

However, pies, which contain more ingredients, are not as lucky. Cheese, meat, sunflower oil and eggs are not subsidized by the government.

The price of pastizzi, Malta’s popular crunchy snack traditionally filled with ricotta, mushy peas or meat, has recently been raised by some 20 percent to 0.5-0.6 euros a piece.

Malta’s consumer price index (CPI) rose to 4.5 percent in March from a year earlier. The price levels for food and non-alcoholic beverages surged by 8.7 percent, according to the National Statistics Office.

While many bakeries have already closed down, Micallef was doing her best to keep her business open, although the government has warned that consumer prices were expected to continue to rise.